Message from Val Thor of the Intergalactic Confederation

Via Pao / Galactic Heart - Note from Pao: I am not familiar with Janet Doerr. Usually we don't want to follow dates (we have learned), however, we are in times of great upheaval. We have been warned about the EBS (or EAS) lasting 10-14 days. Take heed to have some supplies if you can. The dark structures are being dismantled to free Humanity. Glory Be!

“An agreement was reached today between the Federation of Light and those that have been enslaving the population of Earth.

The agreement addresses the return to the people of Earth their freedom, and sets into motion the removal of and replacement of the systems of enslavement.

Universal Laws include Divine Justice. Those who have violated the Sovereign rights of others will be facing consequences of their actions in accordance with Divine Law. Consequences will be faced either on-planet or off-planet. Approximately 500,000 people will be leaving the Earth as this transition is accomplished over a period of months.

On October 30th, at midnight EST, there will be the beginning of a 10 – 14 day period of no communication systems. Internet, phone, and cell phone service will all cease.

The purpose of the cessation of communications is to allow the orderly transition of many systems into new Quantum systems, notably including:

From October 30th onward during the period of transition, the US (and some other countries), will be under martial law.
The state of martial law is required to have clear lines of authority and decision-making during the period when the Corporation of the United States is announced to be officially ended, which will require new elections in accordance with the United States Constitution.

Generally speaking, there will be no interruption of power, water, and utilities, although minor interruptions may occur in specific areas for unique reasons.

The Federation of Light, in concert with the US Military, will take over television and radio channels and start continuous broadcasts to help the residents of the US, and those in other countries, to receive information about these changes.

NESARA will be announced and explained. According to NESARA, which was already signed into US Law, and upon its enactment, the US then has 120 days to have a new election, electing a President and Vice President, and all Federal Senators, Representatives, and other Federally elected roles.

Information on how these changes impact State elections will be provided during the broadcasted information briefings.

US Mid-Term elections scheduled for November 7th will be canceled/postponed until such time as they can be conducted using the new Quantum election system and reflecting the changes to the United States Federal Government.

Due to the major impacts of no communications on the airlines and other forms of transportation for this extended period of time, people are encouraged not to travel during this period.

Due to the shift to a largely cashless society, and with the closure of all banks during the 10-14 day period, people are encouraged to prepare in advance of October 30th. It is suggested that everyone have adequate stored food, medicines, and other essential supplies to cover their needs during this two- week period, as many businesses will not function without communication services.

Please consider the needs of others who may experience hardship in this situation.

Neighbors are encouraged to consider all other neighbors and provide compassionate support for each other.
Local emergency services will be asked to prepare to meet the needs of their local community, as much as possible.

People are encouraged to hold Faith that these changes are the answer to their prayers for more fairness, and an end to a “rigged system.”

During the month of October, there may be a series of events which the mainstream media may portray as dangerous or frightening. Please rest assured that the Galactic Federation will not allow such things as nuclear war to occur. Warheads are easily made inoperable even if they have been fired.

Please know that these events will serve the light to help more people understand that significant change is needed, desirable, and will support all Life.

Please pray for Peace, Harmony, good will among all people and all life on Earth, prosperity and an abundance of the God supply of all good things. Hold compassion and love in your hearts for your friends, family, neighbors, and all Life.

Take walks and get into Nature to help calm your central nervous systems.
Take time to get quiet and go within to connect with your higher self and inner guidance.

Call upon the Ascended Host (the angelic realms, the ascended masters, and other beings of light) for support, assistance, encouragement, and to calm yourself as needed.

Please share this information with friends, family, and neighbors.

Those of you who have been expecting these events are called upon to help those who may find this information new and surprising. Please help everyone know that the Divine Plan is unfolding, the Sovereignty of all life and the inhabitants of the Earth is being respected, and All is Well.

Thank you for listening.
We will provide additional information as events unfold.”

Val Thor, on behalf of the Intergalactic Confederation 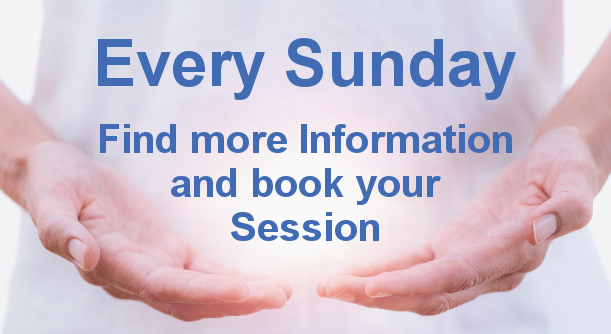